Extensive experience | Network of partners on the ground | Good reputation 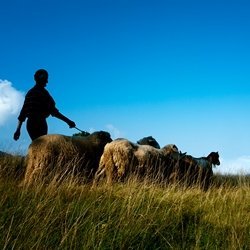 Bjelasica, Komovi and Prokletije region belongs to the northern region of Montenegro. Northern Region is the largest region in Montenegro and it covers 52.8% of the total territory of Montenegro, inhabited by 31.4% of the total population of Montenegro with low population density. Also, this region is characterized by significantly higher unemployment rate compared to other regions, as well as increasingly strong depopulation and migration rate to the other two regions, but also to other countries of Southeast Europe and the EU. This has led to negative population growth rate.

The most part of available hydro-potential of the country is in this region, overall coal reserves, about 67% of arable land, 71% of wood mass, close to 70% of the livestock, almost the entire reserves of lead and zinc, as well as resources for the development of winter and eco-tourism and eco-production of food and food with protected geographical indication. In spite of all these available resources, the region is underdeveloped part of Montenegro with the level of development of about 50% of the national average. While there are attractive and untapped resources and potentials, in the period from 2006 to 2011 only about 7% of total foreign direct investment in the country has been realized in this region. Development of this region so far has been based on the production of electricity, agriculture, tourism and wood processing.

The main strategic directions of development of the Bjelasica, Komovi and Prokletije, as defined by local as well as national development strategies, are agriculture and tourism. 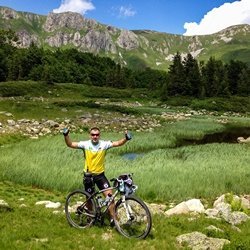 When it comes to tourism resources of the region are such that the potential for the development of different types of products in the field of outdoor tourism is huge. In the sectors of hiking, mountain biking, fly fishing, rafting and kayaking some progress has already been made in recent years, but it is necessary to continue to improve existing and create a new offer when it comes to outdoor tourism.

Agricultural production in the northern region is mainly individually based. Country households are traditionally engaged in cattle breeding, however larger farms are rare. Also, plant production mainly covers the needs of individual households. For decades, these types of production were not market oriented, except for the sale on the local market places. Recent development of food industry, mainly meat and milk processing industry, stimulated growth of cattle breeding farms in the region.

Although there are significant resources for production of honey, medical herbs and mushrooms those are not valorized.

GET INFORMED ABOUT US